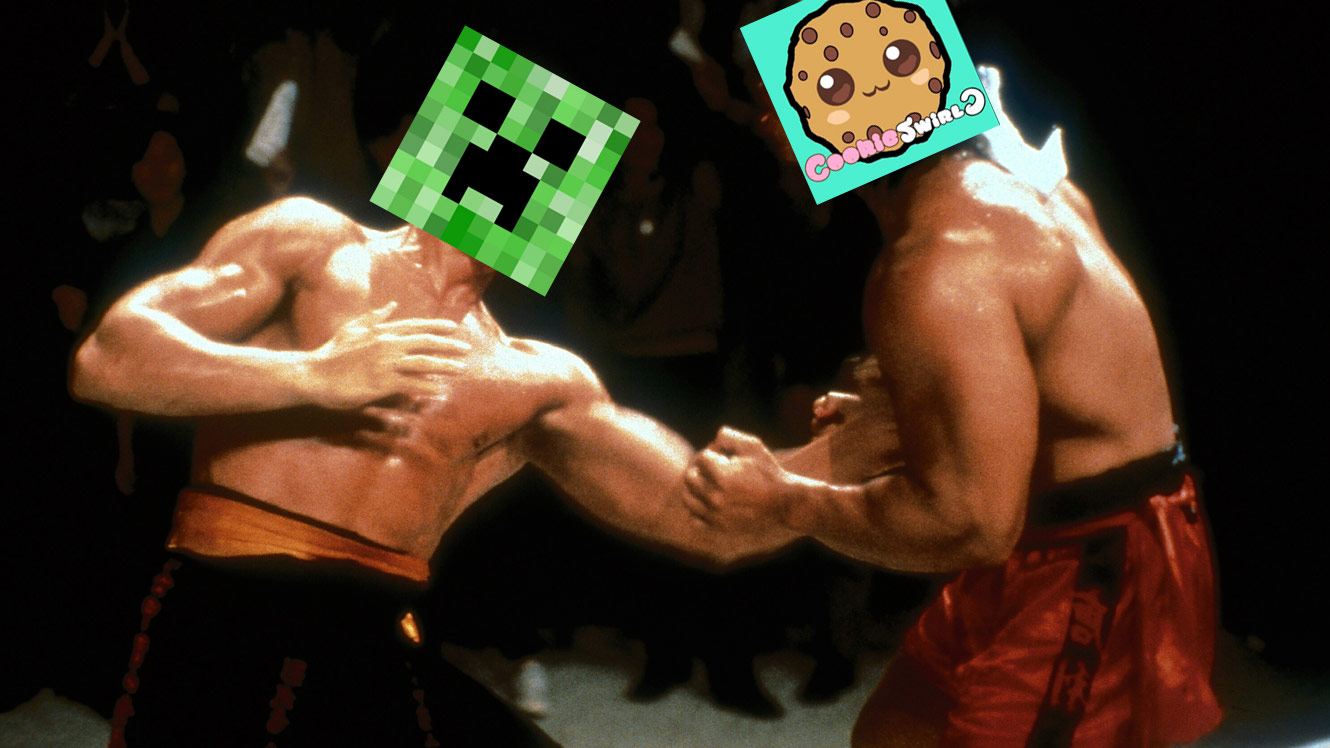 Less than a year ago Jackson discovered Walking with Monsters and Walking with Dinosaurs, two Kenneth Branagh-voiced cgi series chronicling the rise and fall of dinosaurs and other ancient creatures. Score! We witnessed the rise and fall of the croc-like postosuchus, the four flippered liopleurodon, and the comet-chased Tyrannosaurus Rex. Sure, they’re a little bloody for little kids and as interesting as they are, these shows did become a bit stale after the 429th viewing, but now that we have entered the post-Branagh-monster world of child-chosen YouTube programming, I know that I have enjoyed and lost the golden age of shared parent/child programming. TV Rome is burning and I can’t seem to stop it. Give me back the dinosaurs and giant scorpions, for what has replaced them is far more frightening (and nearly unwatchable!) for anyone over the age of 12.

The new age is dominated by YouTube stars CookieSwirlC, and stampylonghead (or just Stampy). I do not understand the allure of these brilliant bastards, but I caution anyone brazen enough to come between a 4-12 year old child and these fingernail down chalkboard voiced super stars. Their hypnotically crappy shows are kid nip and YouTube’s nefarious autoplay feature ensures that one will auto blend into another if you’re not ready to intervene and chop off the stream when one ends.

Pick your poison… pick the tagline to torture your brain like a Ceti eel larva:

Need to get an annoying song out of your head. These will take care of that for you… but at what price? Need to lay siege to some upstart militia or new age Davidian Compound? Don’t blast them with rock music; blast them with CookieSwirlC. Surrender is assured… well… unless they’re between the ages of 4 and 12.

But perhaps hope lies in the lessons learned from walking with both the monsters and the dinosaurs. Our furry mammal ancestors were once the prohibitive underdogs; they had no chance battling the terrible lizards head on. Instead they needed wile and guile, a network of tunnels… and a giant comet to smash into the Gulf of Mexico. Short a comet, though, if only we could get CookieSwirl to battle Stampy… like Mega Godzilla taking on Rubberized Godzilla.

Wow… what’s in this toy egg? Is this a taunting Minecraft note from Stampy? Who took your wolf pets? Some lady with a high-pitched voice just ran by the squid. Make it happen. When one titan destroys the other, we can team up on the weakened victor, destroy it on the beach like a washed up monster liopleurodon.