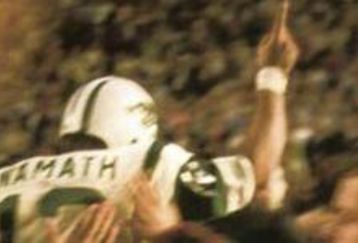 After the possibility of New Orleans playing in… errr… winning a Super Bowl, the Jets playoff run is arguably the best team story in the NFL this year.

Instead of manufacturing a great regular season lead and then squandering it on the way towards (but not to!) the playoffs, the Jets put their act together enough to climb into the playoffs, and then they put together a couple exciting, feel good games that sucked their fans into actually believing they had a chance to be AFC Champions.

Never before has a bandwagon been built and set into motion faster than those poor Springsteen souls in parking lot New Jersey! Too bad they built it with a five-year-old’s plastic Legos and it couldn’t last one more game!

Of particular amusement to Patriot fans, you can look closely at game film of the stands in Indy and make out the exact moment when Fireman Ed’s heart explodes in his chest. Can’t wait to see you guys go 7 and 9 next year with a loss to Buffalo!