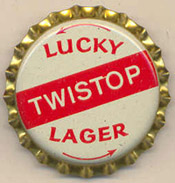 STFD! was incomplete and outplayed this week at Tin Whistle Trivia. We offer no excuses; we do offer an explanation.

Since the Silbergleit Summer Carnival pulled up its tent pegs and hoofed it out of town, we expected fewer/weaker competitors and we handicapped our varsity team accordingly. Our magnanimous, parity-seeking actions (we left both Abigail and Emily off the roster!) were horribly misplaced, as five fully-staffed rival teams ponied up and came to play harder than megashark and giant octopus combined.

We did not know who won the first ever Monday Night Football game, we did not know all of the monthly birthstones, we were not familiar with Jay-Z’s catalog of crap, we did not know Vince Vaughn’s sundry Hollywood aliases, and there were absolutely no questions concerning the wingspan of fowl.

Andy also proved to be, in the words of one observer, “pretty damn useless” during crunch time, since the final round was a puzzle variety akin to the brain-wrenching rebus riddles to be found beneath the evil caps of Lucky Lager. This is an area where Andy has never performed above the .08 percentile, and he once again folded before the challenge like a house of cards assembled by a kindergarten class.

But perhaps more troubling than our third-place finish was the emergence of a new trivia team named Get The Fork Out!, a team clearly parodying the legendary success of Shut The Front Door! with admirably postmodern, mock homage.

This new team (which finished in forkly fourth… heh heh!) will undoubtedly polarize trivia fans, since it makes sense to either Shut The Front Door! or to Get The Fork Out!, but to do both is unnecessarily redundant.

Next week we will field a complete, well-conditioned, motivated team. We will listen to additional crappy music, we will drink and solve several cases of the Lucky Lager, and we will arrive early to Shut The Front Door! before the fork folks even arrive. We’re curious to see if Get The Fork Out! turn into Lettuce The Fork In! when faced with a blocked entrance.