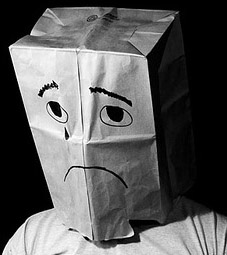 We may be misers when it comes to praise, but here at Moorezilla LLC we are quite generous when it comes to illuminating flaws, shortcomings, and other imperfections. At times, our righteous vitriol rises quicker than the water levels in Zion National Park during a thunderstorm, so we’ve adopted the bullet point emergency shame list to release the negative pressure when we feel deluged by a host of underperforming targets.